The owners of the former Beaver Theatre along Minden’s Water Street are proposing a mixed-use, residential and commercial building for the property.

Minden Hills councillors heard a delegation on the matter during a Dec. 17 online meeting, as the developers are seeking exemption to an environmental assessment required for the project. It was the first time some members of council had heard of the project, and the matter is scheduled to come back to the council table with more information in January.

The owners are the same ones who’d had a proposal to revive the derelict theatre in 2016 as an arts and community space, with a formerly numbered company now going by the name Fortune Realty Developers Limited.
“What we are talking about is not a very high-rise property, it’s just ground, plus two floors,” said company director Shamsher Khemani.

Documents referred to a building containing 12 apartment units each with two to three bedrooms, as well as commercial space. Contractor Joe Ferrara said the project was 95 per cent ready to go, but that demolition of the abandoned theatre would not proceed until the project had the green light from council.

“Development of an old property into something that serves our community is exciting,” said Mayor Brent Devolin, but noted the documentation the developers were referring to had not yet come before council. Reps from the company have been having meetings with township planning staff.

“We need some more complete information,” Devolin said, adding that the matter would likely come back to council in the form of a staff report in late January.

There was some discrepancy between the three-storey building being described and a drawing of a two-storey building, and some councillors also expressed concerns around entranceways and what seemed to be a lack of parking space.

“We need to get a true picture of what is happening,” said Councillor Bob Carter.

“This is the first time I’m hearing about this and there- fore I need more information before I make a decision,” said Councillor Jennifer Hughey.

Election ‘could come any time,’… 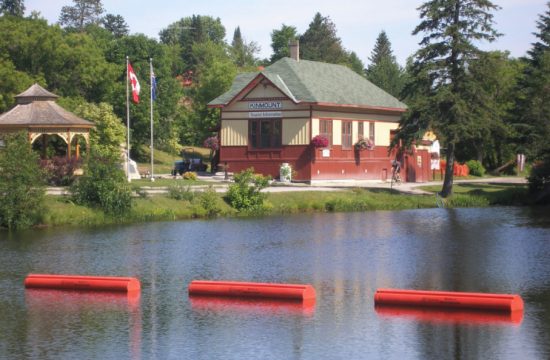