Home /Until next time Haliburton County

As I sit to write my final article for the Echo and Times, I look out to see the calm and tempting water of Canning Lake. I keep thinking that I can’t believe my summer working for and with this community has come to an end.

This was an opportunity that came unexpectedly three months ago, but has since then been the most rewarding and fulfilling job that I’ve had thus far. After three months, my name and work has been published about 50 times. That is something that I am beyond proud of.

Being a journalism student, it is crucial that I put myself into the field as early as possible. It’s a competitive journey to get where I want to be, but because of the support I received from the Echo and Times team, I gained early experience, and progressed in my skills as a writer and reporter.

During my last few weeks with the Echo and Times, I moved back to Ottawa and began my second year at Carleton University. Working full time while being a student full time has not been easy. There have been a lot of late nights, and early mornings, but I’ve learned how to juggle and balance different priorities while maintaining professionalism in both the classroom and work. Though it’s been a nice change to start school again, I’ve definitely missed meeting you all in-person.

The work that I’ve done this summer has definitely made my life easier in ways I didn’t expect. Obtaining this position after a long two years of a lonely pandemic, which sadly we’re still not out of, I gained confidence in my ability to meet and talk with different people.

Prior to COVID-19, I used to be a social butterfly who loved going out, meeting people, creating new relationships, and making connections. When the world took a hit from the pandemic, so did that social aspect of my life. I became more of an introvert, I spent more of my days alone, I lost touch with a few friends, and all around became a quieter person. Working in Haliburton, and meeting so many of you has brought back a sense of community.

I want to thank each person that I’ve spoken to, for allowing me to listen and write your stories. It has been such a pleasure getting to know Haliburton and the community past the surface level. It really is such a great place with such amazing people.

The support I’ve received from family is also part of the reason I’m as driven as I am. My parents continue to encourage and push me to be the best that I can be. I wouldn’t have applied for this job if it weren’t for them. I’m hardworking because they’re hardworking.

My boyfriend and his family have also been a huge support system. Family and friends on the Lake even gave me the nickname “Scoops” because I’ve been scooping up the news in town! They’re the reason I was able to come to Haliburton and meet you all in person.

Last, but certainly not least, the Echo/Times has a well-deserved reputation for excellence which I was able to experience first-hand this summer. The team cares a great amount about the content they’re putting out for the community and work unbelievably hard. Working with this talented team of journalists and producers has been the ultimate experience. I thank them for adding me to the team and for guiding me these past few months.

Haliburton, listening to your stories and writing your narratives has been an honour. Thank you for opening up and trusting me. Until next time.

Getting a grip on education…

Lions serve up a feast…

Hike Haliburton a go for…

County supports “catch up and…

Razzamataz at a crossroads: help… 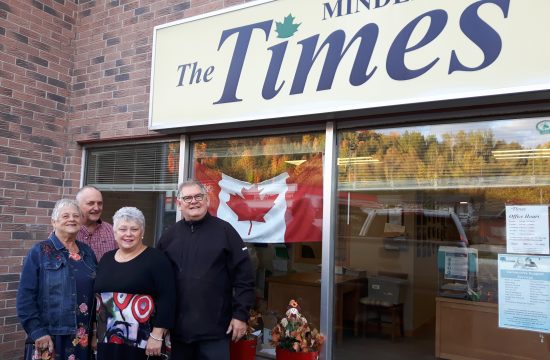