A Minden teen is focusing on what he has after learning about the end to the Ontario Hockey League season.

Drafted by the OHL’s North Bay Battalion as its 41st overall pick in the 2018-2019 draft, Alex Little had aspirations to make the team with a strong training camp.
Earlier this month the league had reached an agreement with the province for a return-to-play plan, but with the provincial stay-at-home order and rising COVID-19 cases the season was cancelled, leaving players like Little disappointed.

However, despite how COVID-19 changed the trajectory for success, it provided the Archie Stouffer Elementary School alumnus with a perspective about what really matters.
“We have to appreciate what we have because my family is all healthy around me. I get to be with them now that I’m back home,” he said. “That’s a big thing because a lot of people had some tragedies throughout this so losing hockey for year, yeah, it’s not ideal. I love the sport and I would have liked to be able to play, but looking at the bigger picture in life and still have everybody around me. Being able to be healthy and I can still train, play sports, get outside. I mean all in all it’s not as bad as it could have been,” he said.

The teen said he returned in the new year to live with his family in Minden and is currently enrolled at Haliburton Highlands Secondary School, taking a virtual course.
Little had been living in North Bay with a billet family for the end of the year and was attending a local school there, and training in his spare time with a belief that if restrictions lifted he would still get his opportunity.
He said he learned about the cancellation of the season last Friday when everyone else did.

“I got an email from the commissioner of the league and he was the one that broke, saying he was sorry, but the season won’t be going this year,” he said, referring to commissioner David Branch.
When the season was delayed initially, Little saw it as an opportunity to improve.

It gave him motivation to stay in shape and to improve his fitness in terms of strength, agility and footwork. This would put him in a position to seize any opportunities to make the team roster, if a season went ahead.
He said this was owed to how there was “lot of talk” about players from outside the country, who may not have been permitted to play in the league from travel restrictions related to the pandemic. He believed a third of players that would have typically played in the league are imports from outside Canada.

“That opened up a door for me and it kind of got my motivation up because it made my chances of making the team a lot higher,” he said.
The 18-year-old has been trained the past two years by A.P.E. Training, which is owned by HHSS alum Owen Flood.

With the time Little has had since the season ended, he’s been working on gaining weight and strength to be able to compete with other OHL players, who are bigger and stronger, Little said.
“As the summer goes on I’ll put in more work [with] footwork, speed and agility. That kind of stuff,” he said.
From the first quarantine, Little had put on close to a dozen pounds and was 155 pounds. He is now close to 165 pounds with added muscle mass and a slight growth of a few inches in height.

Little, who said he did his best to follow COVID-19 protocols, admitted there was concern about contracting the virus as a high performance athlete.
“If I ever got it, that was a scary thought to have, say your lung capacity shortened from COVID because skating, running and just doing exercise it makes you breathe heavy. Not being able to do that would definitely put a damper on your ability to play at a high level,” he said.

Unlike players on the team roster, who were expecting to play in hub cities, if the expected shortened season was to go ahead, Little was in a unique position as a prospect.

He needed the training camp to showcase his skills against OHL players, so he could impress the coaching staff and earn a spot on the roster.
“Without the season happening, I lost even the opportunity to say, go play in a hub city or even just be part of the team in a regular season,” he said.
The team, he said, owns his rights for two years, so he’ll look to the future for his shot.

“Next year, depending on what happens with COVID here, they most likely will have another camp and that will be my opportunity to try and make it,” he said.

Need for services at local…

Larry O’Connor connects with his…

Youth vaccination clinics to be…

Phase 1 to begin on…

Austin to depart ASES for…

Get a taste of soul… 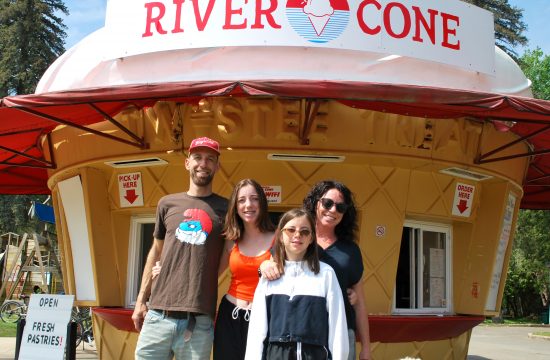