On Labour Day weekend I was sitting by the lake at the cottage watching the sunset with my dad, who is a retired school principal.

He was talking about how on Labour Day weekends throughout his working years, after spending the summer at the cottage, he would sit by the lake and wonder what things might look like in a year’s time. And while he’s been retired for a number of years now, it’s been a ritual he’s continued to practise. He said a year ago he never could have imagined that in 12 months’ time, we’d be living through a global pandemic, one that continues to stretch on and on.

This week, Thursday, to be exact, will mark six months since Premier Doug Ford declared a state of emergency in Ontario due to the coronavirus. Half a year, but a period I’m going to wager feels like much longer to many of us.

Next week marks the official end of summer. It’s been a different and bizarre summer, well, everywhere, including in the Haliburton Highlands. Most of the events and festivities that typically take place in the community throughout the summer months were cancelled, with others going online in virtual manifestations. That will continue to be the case throughout the fall and thereafter.

It was a different summer and it will be a different winter, too. Thanks to traffic counts at municipal landfills, we can deduce that seasonal residents in some parts of the county were up earlier in the year and stayed for more prolonged periods than usual. Perhaps some of them will stay into the cool season. We also know that many of the county’s year-round residents who are snowbirds are unlikely to be going very far this winter. So, theoretically, it could mean there will be more people than usual in the county this winter, which, theoretically, could provide a silver lining for some local businesses.

As I write this, the province is reporting its highest numbers of new, confirmed daily cases of COVID-19 since June, and there is continued apprehension as students return to school in a staggered format. Calls for the province to revert to Stage 2 of its COVID-19 economic recovery process seem to be growing, as many fear a second wave of the virus and reversion to the type of lockdown we saw in March and April.

Ontario Health Minister Christine Elliott points out on social media that the vast majority of new daily cases are coming out of Toronto, Peel and Ottawa, and that a number of public health units continue to report no new cases. At press time, the numbers for Haliburton County remain that we’ve had 15 confirmed cases of COVID-19 since the pandemic began, all of which are considered resolved, and no deaths associated with the virus.

If the province does begin to again increase restrictions, it does make sense that it employs a regional approach that treats rural areas that have shown low numbers differently than urban ones that have continued to show high numbers.

And for us as individuals, while it’s long become tedious and tiresome, it makes sense for us to continue to practise the big three: keep your distance from others, wear a mask in indoor public settings, and wash your hands. 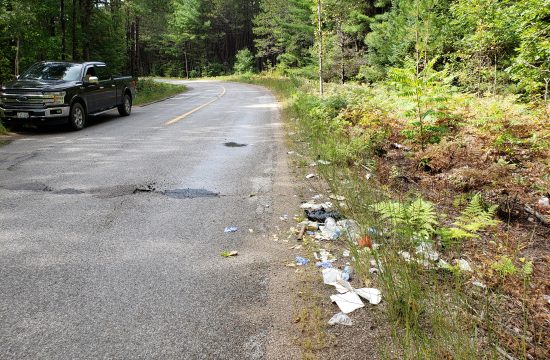 Can individual passion save us?