While lacrosse has changed a lot since its inception, in 2022 two major lacrosse leagues exist in North America. The professional box lacrosse league for North America, the NLL (National Lacrosse League), and the professional field lacrosse for America, the PLL (Premier Lacrosse League). Both represent two sides of a distinct  and unique sport. One athlete who looks to make a name for himself in the sport is Archie Stouffer Elementary School graduate and former Haliburton Highlands Secondary School Red Hawk, Jaxon Gill.

Originally from Little Britain, Jaxon started out playing AAA hockey for the Mariposa Lightning. Rather than staying home and playing video games all summer, his mom Jennifer looked for something active that he could do after the hockey season was over. Taking up lacrosse at the age of seven, Jaxon found a love for it very quickly.

“We found a great lacrosse program with the Kawartha Lakes Fury,” said Jennifer. “He played one season of box lacrosse, then we transitioned to field lacrosse and he was hooked ever since. We still continued in the hockey journey and he won an OMHA title. When we moved up to Haliburton County in 2016 he was playing for a rep team in Aurora. This team was made up of some of the province’s most elite players. His dream was to play division one lacrosse and he knew from a very young age that he wanted to do it.”

In 2019, his family looked down south for some programs to help Jaxon achieve his dream. Touring around 20 or so schools, the Gill family decided to send Jaxon to the Christchurch School in Christchurch, Virginia.

A school with a rich sports program, it has had some notable alumni in both politics and sports. After seeing much success at Christchurch, Jaxon achieved his dream and committed to Quinnipiac University in Connecticut for the 2022-23 season. Playing in the Metro Atlantic Conference, Jaxon will be facing some stiff competition from some iconic schools: Siena College, Canisius College and Marist College. They are among some of the heavy hitters in the division, but he will also get a chance to play against schools like Yale University, Sacred Heart and Harvard.

“On Sept. 1 of my Grade 11 year at Christchurch that [was] when recruiting starts for D1 teams,” Jaxon told the Times. “I knew I wanted to be on a D1 team as it was a goal [I had] since I was 10. One of my main things was the school has to have the program that I wanted. I didn’t want to go to a massive school because I wanted to focus more on my academics, and Quinnipiac had everything I wanted.”

Jaxon will also be able to focus a lot on his education where he will major in communications and take a minor in journalism. Looking to set himself up for a great career should he choose to pursue one after his lacrosse journey ends, Jaxon gets the added luxury of being able to combine his love for a program and a sport at the same time.

With the NLL having five teams in Canada and the majority of the players hailing from Canada, the U.S.A. or the Iroquois Nation, Jaxon was able to train and learn from some of the best in the industry.

“Working with Tracy Kelusky was awesome,” Jaxon said. “I played for his Elite Lacrosse travel team out in Aurora and he really taught me a lot. He is the one that got me interested in college lacrosse, he helped out a lot with recruiting as well. He has a lot of contacts in colleges and gave me a lot of points on what to look for in a school.”

While Jaxon would love the chance to play at the highest level, it’s clear that even if he chooses not to play he will still be involved in the lacrosse world.

“I wanna stay connected to lacrosse somehow,” Jaxon continued. “I’m not sure if I want to play pro lacrosse, but I do know I want to be connected, whether it be coaching or helping high schools recruit players. Just something within the sport.”

However, there is one more thing that shares a spot in his heart: Haliburton County. Despite the fact he only moved to the area in 2016, he still embraced the county as his own.

“We came up here for a restart,” Jennifer said. “He was in Grade 8 when we moved here and I think he has made lifelong friends here. It was a hard decision for him to leave for the States but he has maintained the friendships here. He loves the small town atmosphere and was able to take that to university.” 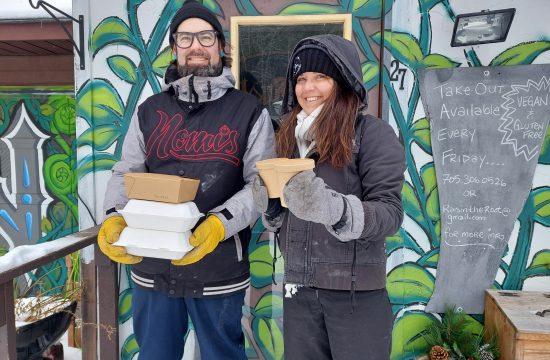 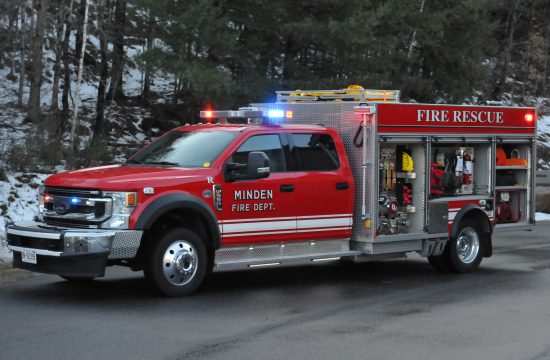 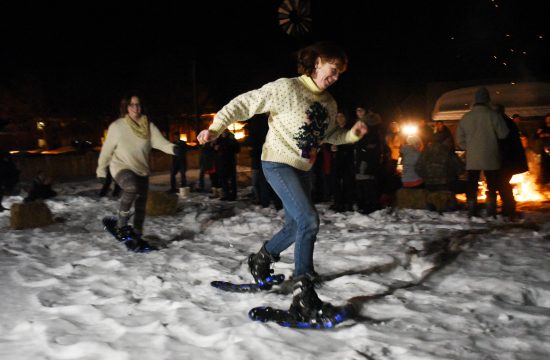