It was a victory for the Red Hawks hockey team to have played in light of the Trillium Lakelands District School Board’s decision to cancel extracurriculars during school hours.

Coach Jason Morissette said the team was happy about getting to play despite the uncertainty of the upcoming playoffs.

“We’re fortunate that our home games are scheduled at 4 p.m. Historically they’ve been at 4 p.m. because we do intentionally try to keep our players in school and focused on their academics as long as we can through the day” he said.

The Hawks felt some disappointment and frustration during the 5-2 loss against visiting Hurricanes of Holy Cross.

“We were on a pretty good roll there. We had been still practising but because we’re not getting those games in that really doesn’t get us ready for this game. I think those two games would have helped us prepare for this” he said.

The loss of reps from those games also affected the powerplay and hurt the team’s momentum. Morissette said the team also lost out on four potential points which he believes could prove to be a problem for playoff seeding crucial to having a chance to play in this year’s playoffs.

The team had erased a two-goal deficit down 2-0 when Braeden Robinson scored the equalizer with his second of the game at the start of the second period.

Just before Sisson’s departure he had looked upset with an official after the Hurricanes’ third goal and then left the ice on the fourth Hurricanes goal scored seconds later.

The team is looking to their next home game. A victory against the St. Peter Catholic Secondary School Saints on Feb. 19 at 4 p.m. will be a great way to end the regular season.

There is concern for the playoffs Morissette said.

Other schools have their games during school hours he said which would not be possible for the Hawks to come and compete.

If they can finish in the top three they will play in a one-game winner-take-all Kawartha Championship qualifier which is a change to accommodate TLDSB secondary schools.

If not the Hawks will relish a win over the perennial hockey power Saints.

It’s all about being positive.

“Moving forward you got to stay optimistic” Morissette said. 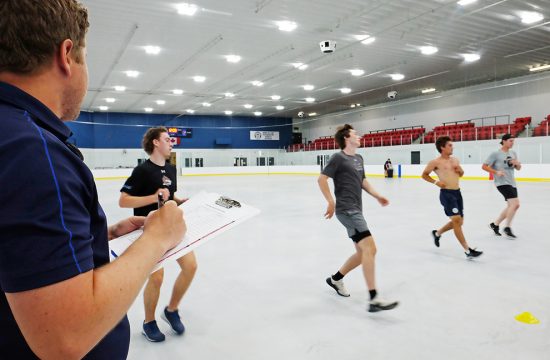 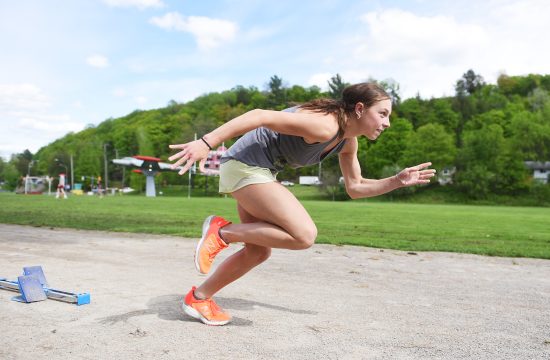 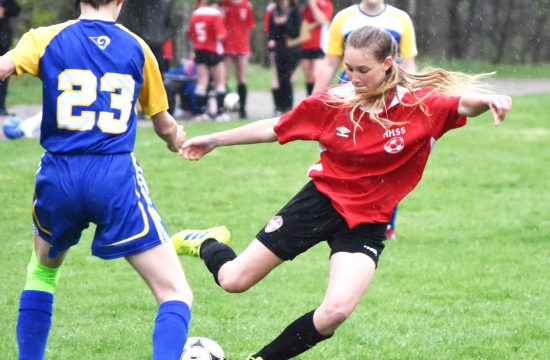 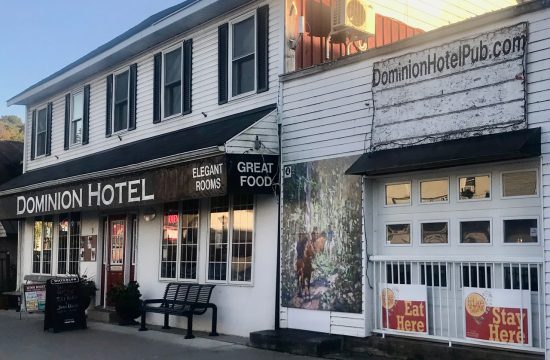 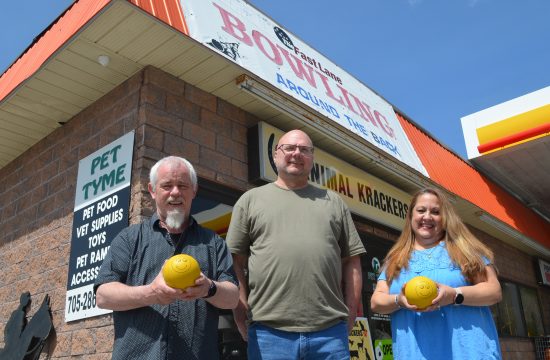 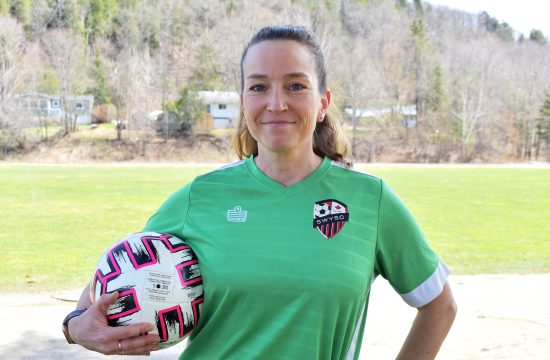 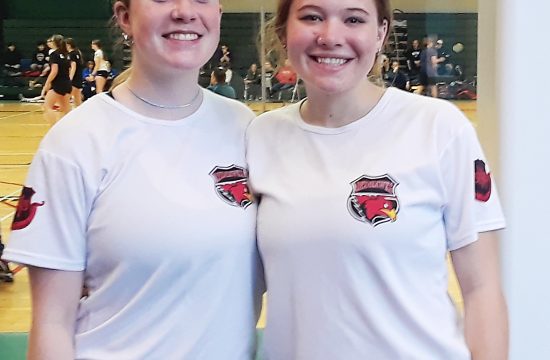 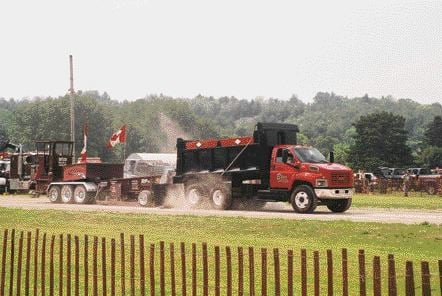 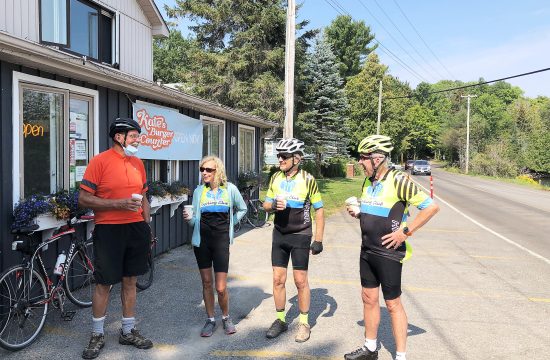 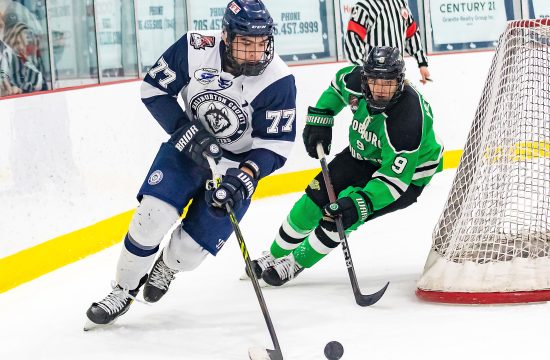 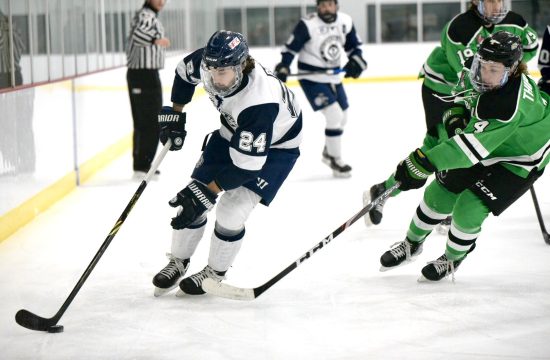 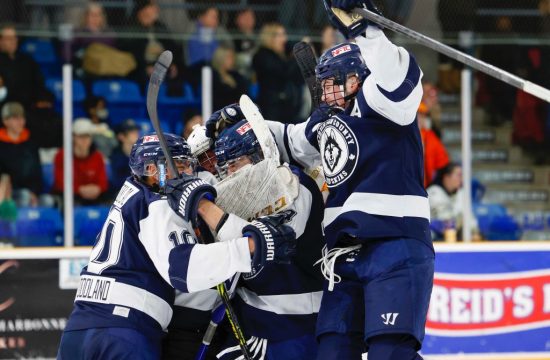 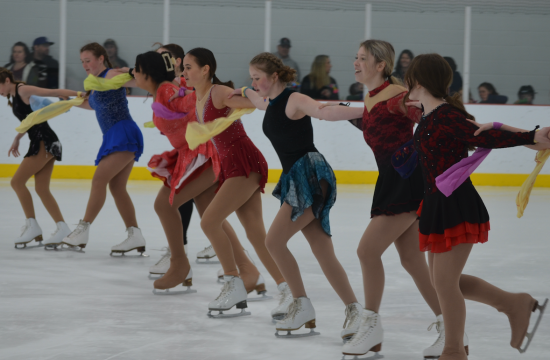 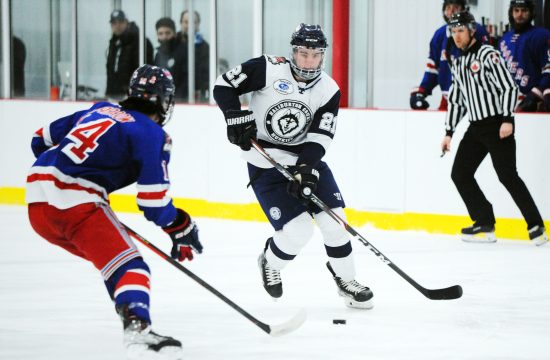 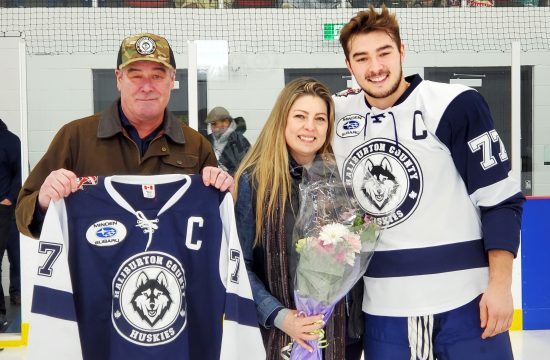 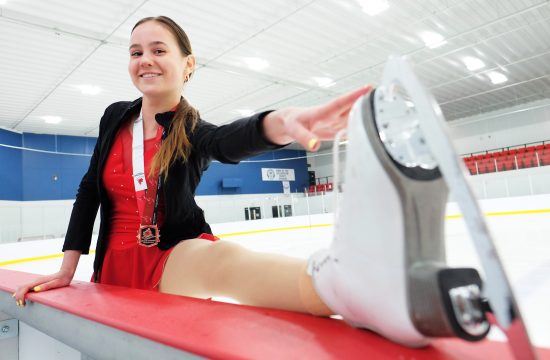