Joanne Barnes can take a call, but while she does, grandson Jack Clement will patiently wait for her to get back to the important business of baking cookies with him.

Barnes is retiring at the end of this month, after 18 years working at the Minden Community Food Centre and plans to have more time to spend with Jack and her other grandchildren.

Over the past two decades, she’s devoted much of her time to the Food Centre, where she has served as manager. That came about when her church pastor made an announcement asking for someone to take his position on the board of directors for the Minden Food Bank.

“I thought, well, I could do that,” said Barnes. “After attending the first couple of meetings, I thought, I can’t make informed decisions or suggestions unless I learn more about the day-to-day.”

So Barnes began going in to the food bank on each of the days they were open, for about 10 months, keeping notes about what was working and what could work better. Within a few days of her presenting her observations to the executive, she was offered the position of manager.

“It was just a very gradual learning experience,” she said.

Upon accepting the role, she began to put systems in place to counteract challenges that were happening at the food bank, including the creation of a donation record book, and a system for tracking food coming in and out.

“That’s how we have all these systems that are in place now,” she said, noting that with the systems in place, distribution of food is fair.

“Everyone’s on the same page,” said Barnes. “If there’s a problem, they’re running out, all they have to do is call and it’s dealt with on an individual basis, so that no one is going hungry.”

Barnes also ensures those who come to the food bank in an emergency are helped.

“Anytime a family comes for the very first time, you may think it’s not valid, but we’re not in a position to judge, so anytime anybody comes, they leave the food bank on that first visit with a complete order of food,” said Barnes. “At that time you give them a list of information you require when they come the second time. If they were scamming us, what’s the worst that happened, they got a few groceries.”

Barnes has always wanted to help, referring to her work with the Food Centre as a calling, rather than a job.

“It goes way back to our parents,” she said. “Our parents weren’t well-off but they were comfortable. My dad, he would always help somebody if he could see somebody struggling, whether it be with a load of groceries, or some money.”

Barnes said she has always experienced enjoyment from helping others.

Barnes has advocated for clients to ensure they receive financial help for medical needs or been able to connect them with other community members to help. She’s helped defuse stressful situations and offered people strength and encouragement when they’ve been in greatest need.

Barnes has been with the food bank since it was at what is often referred to as the old IGA building on Bobcaygeon Road, moving with it to the Remedy’s pharmacy building and then the Food Centre on Newcastle Street where it is now. She continued working even with a cancer diagnosis and through treatment in 2010. That was the same year she received the Guardian Angel award from YWCA Peterborough-Haliburton. A few years later, she would be named Highlander of the Year for her work with the Food Centre, and also as the founder of Fuel for Warmth saying at that time, “my mandate is to feed people and keep them warm.”

While she had planned to stay in the position for 20 years, after the additional stresses that come with working through the pandemic, Barnes said she’s been “inundated with so much extra,” and is feeling exhaustion set in. Especially in the last eight months, Barnes said she’s seen desperation on the faces of clients, and also mental health workers associated with the Food Centre.

“The general population is not aware that we have people living in tents, even now,” she said. “In the city they’re on the street. Here, they’re not visible. They’re in tents, they’re in tool sheds … People don’t see it, but the workers do, and we do. It’s things like that that are starting to take its toll on frontline workers.”

She said she noticed last summer she wasn’t able to bounce back as quickly, and was taking worry about clients and desperate situations home.

“We’re doing as much as we can to help, but is it enough?” she asked. “At that time [both assistant manager Kim Russell and I] decided it was time to step aside and let someone new and fresh take over, because what we used to be able to deal with and shake off and move on, we were less able to.”

Barnes has plans to spend more time with family, take courses online, and return to reading. She’ll also continue managing Fuel for Warmth, to ensure people in the area are looked after.

“I was always caring for people in some capacity, it’s always been a big part of my life,” she said. “That’s what it felt like, that I was called to help people, always help the needy, the underdog, the people who couldn’t advocate for themselves. They need somebody, and that’s sort of the role I got into.”

Kim Russell began volunteering at what was then the Minden Food Bank about 14 years ago. She had closed her clothing store, her youngest kids had started high school, and she had more time on her hands.

“I just felt that I could be doing something great with my life,” she said.

At first she was volunteering, meeting with a group of about four volunteers on Monday mornings to open the food bank, get food ready and greet clients.

“Just being a mom, I just couldn’t fathom not having food for my kids,” she said. “We have many, many moms, and single moms, show up at the door in tears. I would give them a hug and give them food. I just felt like everyone’s mom. ‘Does everyone have enough food, is everyone OK?’”

Russell said it was a pleasure to volunteer, and that she wanted to try and help out where she could.

In 2014, the Minden Food Bank moved from its home next to Remedy’s Pharmacy on Bobcaygeon Road to its current location on Newcastle Street.

“It was night and day,” said Russell. “I remember when we moved in, I thought, ‘oh my God, this thing’s huge,’ and now it’s packed to the ceiling. We needed it, we need it. There’s just so much now, there’s so many people coming to the door, saying, ‘I’ve never been here before,’ and they’ve got tears in their eyes. I generally start with a hug. That’s where I start. And just let them feel, it’s OK. They’re just people. They’re just hungry people. It’s got such a stigma, and they’re just hungry people.”

Russell said often after helping, she could see people physically take a breath, relieved to have food.

When the Food Centre became busier, Russell was hired by Barnes and Marilynne Lesperance as the assistant manager and began coming in on Wednesdays too to help share the work.

“Then we could work hand-in-hand, because [Barnes] was so busy in the office, she didn’t have time to be on the floor or talk to the clients or get the volunteers co-ordinated, so that was sort of my job,” said Russell.

In 14 years, Russell has seen the changing location of the centre, more need for the support it offers, and has worked through flooding in Minden as well as the pandemic.

“It’s been a privilege to be there,” she said. “I’m really proud of the food bank. I’m proud of what we’ve all done. It’s been a team, it certainly hasn’t been one or two people, it’s been a massive team, all around.”

In retirement she hopes to focus on her two grandkids, upcoming weddings for her children and her work at Wintergreen Maple Products and Pancake Barn in Gelert. She’ll miss being a part of the “great bunch of wonderful human beings” at the Food Centre, though.

“I think it just gave me a lot of hope,” said Russell. “Everyone just has to be kind to each other and it works better. Just be a giver.”

Jean Munroe has been hired as the manager of the Minden Community Food Centre.

She has lived in the area for 11 years, moving from Whitby. In 2018, she retired from her position as business relationship manager with Telus after 24 years with the company.

“I realized very quickly that I was kind of bored,” she laughed of her attempt at retirement.

Having always been interested in boards and community helping, which she noted was much a part of the culture at Telus, Munroe took interest in the manager position at the Food Centre and is looking forward to the role.

“It seems like something I can put back into the community,” she said. “It’s something really different for me, but at the same time there are elements that are the same – it’s relationship-building, community-involvement – so it’s nothing new in that respect.”

Munroe laughed that she isn’t shy, “by any means,” and will be doing a lot of socializing to meet as many people as possible in the weeks to come.

“I really want to see this community benefit from something that I’ve done,” she said. “We’re here to help. I hope I can make a difference in this community, I’m looking forward to it.”

Victoria Lawson is the new assistant manager of the Food Centre.

She lives in Minden and has spent most of her career working in not-for-profit management, having most recently worked 20 years as a development manager, resource manager and project co-ordinator with Canadian Blood Services. She was drawn to the ad for assistant manager when she saw it in the paper and recognized she had the qualifications.

“I’ve always worked in not-for-profit positions that are in some way helping the community, and for me this position, two days a week, gets me out and able to meet the community – meets that need in me – and hopefully I’ll prove to meet some needs at the Minden Community Food Centre,” she told the Times.

In a written statement, Barnes welcomed Munroe and Lawson to the Food Centre.

“Already they are illustrating a new leadership team that is empathetic, interested in helping the clients, and willing to work hard in their new adventure,” she said. “I feel that they will form a new and good leadership team. Minden Community Food Centre is ready for new leadership and we can’t wait to see the new ways that you find to help the community.” 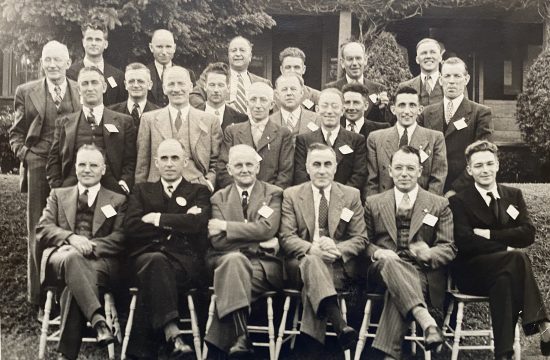 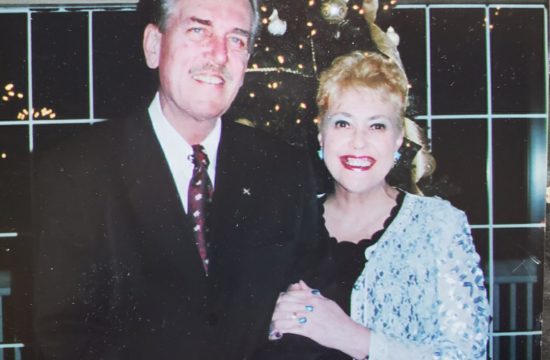 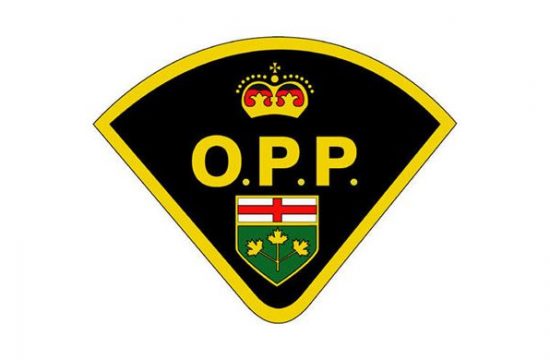 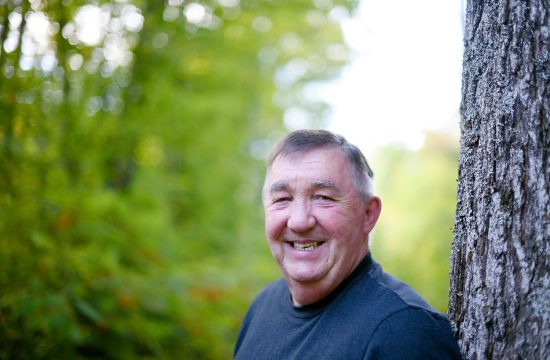 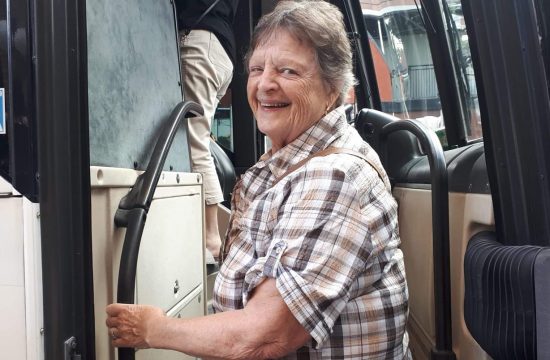 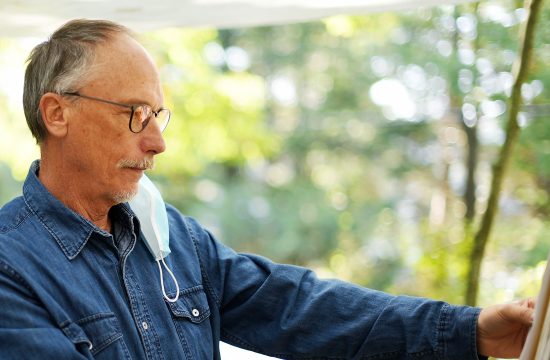 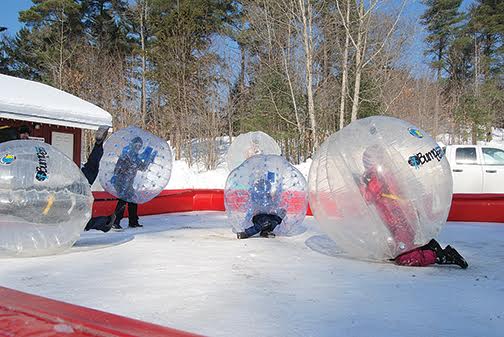